??
Jasmine is a character in the animated series Total Drama. Appears in the cast of the season Total Drama: Pahkitew Island.

Jasmine is thin and has black hair, which she always wears in a ponytail. She has dark skin and black eyes. Her outfit resembles that of a zookeeper's.

Jasmine is from Australia, making her one of the few Total Drama characters to be born outside of Canada. She is an expert survivalist and a great leader. Though she can be intimidating and domineering at points, she has a good heart. She is in a relationship with fellow contestant Shawn. Although Jasmine only makes it to the final four, her boyfriend Shawn ends up winning the season and agrees to equally split the prize money with her.

Jasmine is the tallest contestant throughout all seasons of Total Drama (not counting Dakotazoid), even being taller than the hosts Chris and Chef.

Although she is a very tall girl, her height is not usually mentioned by fellow contestants. In the first episode, another contestant, Amy, is scared upon seeing how tall Jasmine is and calls her a "giant."

Later, when another contestant, Ella, gets eliminated, she sings a song about her experience on the show, pointing to Jasmine and Sky, respectively, when she sings the line "I'll miss you all, from tall to small." 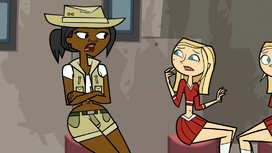 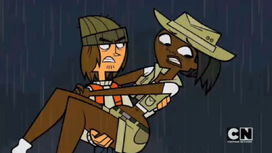 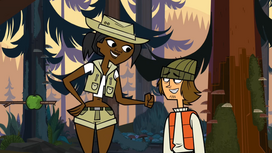 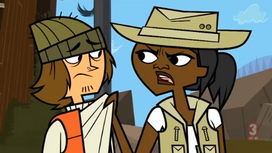 The user emiemi345 of deviantART created a table that compares the heights of almost all Total Drama characters in general. This table is not 100% accurate, but you could give an idea of how tall each character is, approximately.

As shown in the table, there is another female character named Dakotazoide within the series that turns out to be "The highest of the whole series in general", but this is only a mutant transformation of a character besides being too high to be approved for this wiki (read Tall Woman Wiki:Policy), although it is within the Giantess Wiki.